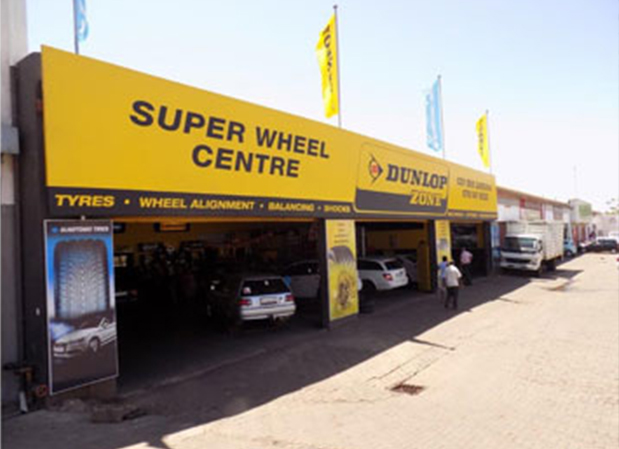 A Humble beginnings in 1989 when we started selling tyres from our double garage at home. Super wheel centre is a family owned business which officially open its doors to the public on the 18th October 1991. Our first premise was opened in Tongaat. In 1994 June 1st we took over a running business which is situated in Phoenix. A year later we were one of the first ten companies to join the Dunlop family. 2013 was the year which alot of transformation started to take place, the phoenix branch was transformed into the only Dunlop zone in the area.

The year 2015 had been a successful year of achievement for the team of SWC this was only possible with the help from our creator and support of our community at. During April the same year, we have received the Dunlop Zone of the year award (KZN region) from the CEO of Dunlop himself. We celebrated our 20th anniversary in October 2015 by showing our thanks and gratitude to the community for all their continuous and loyal support which there have been giving us all these year. We have moved our Tongaat branch to a much bigger and better premises which is located in Truroland , Tongaat. Super Wheel Centre is a one stop fitment center. We have a wide range of different branded tyres and Mags. Our services include wheel alignment, wheel balancing, puncture repairs, suspension repairs, shocks and batteries. Our aim is provide the best customer satisfaction. give us a try today , you will not be disappointed.
TESTIMONIALS